Infrastructure projects in Michigan are connecting roads to technology. The BDC feels that one of the first and easiest connections might be with commercial traffic. It is our understanding that when the new Gordie Howe International Bridge is being constructed, it will include vehicle-to-infrastructure as a part of the project. Commercial traffic communicating with a “smart” infrastructure should result in some economic advantages. 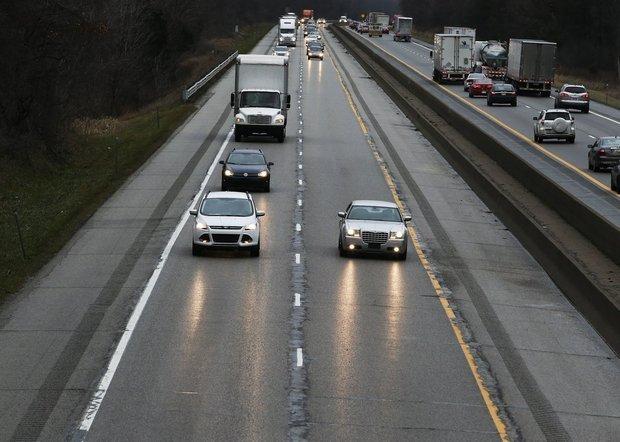 By David Muller | dmuller@mlive.com
MLive.com
Posted August 17, 2016 at 12:34 PM
DETROIT – Since it was announced in 2014, only 15 miles of roadway have been equipped with vehicle-to-infrastructure equipment that is to ultimately turn a 120-mile loop of highway in southeast Michigan into one of the largest “smart” highway testing sites in the world.

But MDOT spokesman Rob Morosi said current fiscal year funding has been secured to move the project forward this year and next.

The project is a collaboration between automakers including cross-town rivals General Motors and Ford Motor Co., as well as the University of Michigan and MDOT.

The collaborative infrastructure project in Metro Detroit is aimed at having the roads be able to communicate to drivers in cars equipped with similar technology, letting them know of road conditions and warn them of potential hazards.

The technology, known as V2I, uses cameras and communicates conditions on the road.

The primary stretch being equipped is on Interstates 96 and 696 from US-23 in Brighton to Interstate 94 in St. Clair Shores. The area was selected to be the region’s first “connected corridor” because it has some of the heaviest traffic volumes, MDOT said in announcing the project in 2014.

Morosi said to date only about 15 miles in Oakland County have been completely installed. However, with the funding in place, the project is moving forward on another 28 miles on I-696 from I-275 to I-94 and 88 miles on I-94 from Washtenaw County to the Blue Water Bridge in Port Huron.

Those contracts are being bid on now, and MDOT hopes to have the rest of the V2I equipment installed through the end of this year and into 2017. Then, in 2017, the agency will focus on the remainder of I-96.

“The fiber optics are already in place, now it’s about the designing and installation of the roadside units, which is what we’re bidding on,” Morosi said.