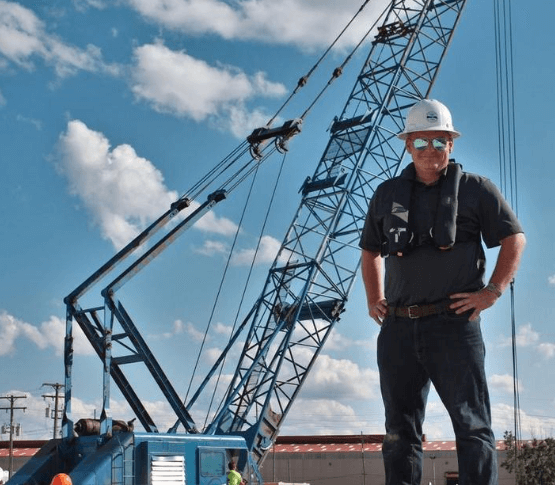 Congratulations to the Port of Monroe on the grant money awarded for a new crawler crane and training. This is great news for Monroe County and will make us more competitive in the shipping and logistics industries. Thanks to the Monroe News for allowing us to reprint the article below.

Federal grant money has been awarded to fund equipment upgrades and training geared toward attracting more cargo to the Port of Monroe.

The U. S. Department of Transportation’s America’s Marine Highway Projects Program announced Tuesday the local port will receive $1.1 million. Paul LaMarre III, port director, said the funds will be used to buy a crawler crane, which will move cargo and heavy equipment.

“The grant is symbolic (of the fact) the Port of Monroe is here to stay and we are in the cargo business,” LaMarre said. “We will relentlessly continue to develop a prosperous seaport for the City of Monroe and beyond.”

The Marine Highway Projects Program, which is administered by the Maritime Administration, works to expand the use of the country’s water systems, including the Great Lakes, which are connected to the St. Lawrence Seaway System via Lake Erie.

Each year the program awards grants to projects that have been identified as Marine Highway Routes. The port and the Lake Erie Shuttle Project, an initiative to spur economic growth in the region, received a Marine Highway Route designation in 2016. Port officials pursued the grant because it presented an opportunity to help fund a project that makes the local entity more competitive in the shipping industry, according to LaMarre.

“There are very few grant programs that exist specifically for port- related projects and equipment,” he said. “We thought it was prudent to apply for funding for what has the potential to be most costly piece of equipment the port will utilize.”

The port will purchase a Manitowoc MLC165 crawler crane, which has a maximum boom length of 276 feet.

“The key to attracting cargo to your terminal is efficiency and economics,” he said. “A crane can single handedly provide both of those things.”

A crane is expensive to rent, which created a disadvantage for the local port, according to LaMarre. Last year, DRM Terminal Service, the port’s terminal operator, spent about $500,000 on crane rentals, he added.

The addition of the crane enables the port to handle different kinds of cargo, LaMarre said, adding the Manitowoc model can be customized with different attachments and other types of equipment.

The port submitted the grant proposal Sept. 20 to the DOT. Once port officials sign an agreement, the port will have 24 months to use the funds provided by DOT.

The grant was awarded on the contingency that the port also generate additional funds to purchase the crawler crane — the grant program requires a community match.

The total cost of the crane, its installation and associated training is approximately $1.7 million. LaMarre said the port will use a combination of its own money, funds from DRM Terminal Services and financing to cover the nearly $600,000 still needed.

“We have a reasonable amount of time to come up with the local match funding,” he said.

“She is very familiar with the field in which we operate,” he said. “She has been highly successful with her applications for projects.”

Though the crane will be owned by the port, DRM Terminal Service will use it and handle its maintenance, which is a common industry practice, according to LaMarre.

In addition to the business the new equipment will help attract, LaMarre is looking forward to flying an American flag from the top of the crane. He also plans to fly a “Don’t Give Up the Ship” flag, a motto LaMarre has used as a rallying cry as the port remains embroiled in a regulatory dispute with U. S. Customs and Border Patrol. During the War of 1812, Cmdr. James Lawrence of the American frigate Chesapeake ordered his crew ′ Don’t give up the ship’ after he was fatally wounded during a battle near Boston Harbor in 1813. Commodore Oliver Hazard Perry won his naval battle with the British on Lake Erie three months later while flying a blue battle flag inscribed with those words.

For several years CBP has imposed regulations that have limited the port’s ability to handle international cargo. LaMarre contends the regulations, which were handed down by CBP’s Detroit office, are inconsistent with expectations at other Great Lake ports. An independent study determined those regulations have cost the port several millions of dollars in revenue each year.

With the aid of U. S. Gary Peters, D-Mich., and U. S. Rep. Tim Walberg, R-Tipton, LaMarre has been seeking to operate more freely in the international shipping business as he works to comply with requirements set forth by CBP.

Last year Peters brokered a meeting with CBP officials to address the issue.

He supported the port’s recent grant application, highlighting the importance of the maritime highway and its economic impact on the area.

“I was proud to support the Port of Monroe’s application for the grant, which will allow it to upgrade equipment, make more investments to continue growing and delivering the products families and businesses across Michigan rely on every day,” Peters said.

LaMarre said there isn’t a set date for the installation of the crane. Given what the port has faced in recent years, it’s not going to rush the process, he added.

“With so much support for our continued prosperity for the American taxpayer, we would hope that (CBP) would recognize that the Port of Monroe deserves its resources and support,” LaMarre said. “All of our recent challenges have forced us to be patient. … We will ensure the (crane) is installed when it makes the most sense.′