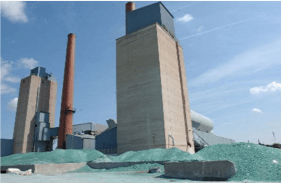 Guardian Glass, a major business unit of Guardian Industries, is one of the world’s largest manufacturers of float, coated and fabricated glass products. The BDC and the Michigan Economic Development Corporation (MEDC) partnered and worked with Guardian Industries to assist in providing an economic development package of state and local incentives totaling up to $2.4 million for their new jumbo coater construction. The expansion is expected to create approximately 50 new jobs.

The coater will process large sheets of energy-efficient glass on a portion of 60 acres of vacant land just east of the existing factory. The new Michigan-based jumbo coater will deliver to North American architects the comprehensive Guardian SunGuard® portfolio of high performance, energy-saving lowE coatings on jumbo glass sizes.

Vital Tech Vital Tech Services became the first recipient of the new Matching Fund Program and received a check for $12,500.

Vital Tech was established in 2013 to provide software database solutions along with CAD services for medium and large companies focusing on the power generation industry. Today, they provide software and service to multiple industries.

Monroe County Business Development Corporation and ProMedica Monroe Regional Hospital (through ProMedica Innovations) are providing matching funds up to $250,000 each for assisting new and existing companies to create a $500,000 investment fund. The Matching Fund Program for Monroe County supports and encourages business growth with a variety of seed funding opportunities. This is a new program designed to assist and offer support for businesses — from innovation lead businesses with a thought-through plan to second stage businesses that are established and want to go onto the next stage.

We’re committed to attracting and aiding in the expansion of businesses to help create jobs, especially leading-edge businesses and manufacturing companies looking to make investments.

Gerdau is a leading producer of long steel in the Americas and one of the largest suppliers of special steel in the world. With over 45,000 employees, it has industrial operations in 14 countries in the Americas, Europe and Asia. In 2012, the company completed construction on a new continuous steel casting system to increase production capacity and quality at the mill.

The new continuous steel casting system is part of a multi-year $155 million capital investment. The City of Monroe has also granted two 12-year, 50 percent tax breaks on the improvements.

Before the new project began, Gerdau employed about 525 people, however, the investment and improvements in the company were expected to bring in more jobs and more opportunity.

The investments being made at the Monroe facility will directly benefit Gerdau as a whole and will result in additional product offerings for the transportation manufacturing market. Aside from the steel casting system, the company is also including some value added services such as steel finishing. By adding these services, Gerdau can generate additional income and provide better service to their customers.

The caster is the first phase of many changes here and many investments here as we move forward. It’s a fantastic journey that we are on.
Jack Finlayson, President, Business Division 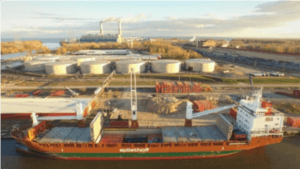 A recent economic study detailed the impact of Michigan’s only shipping port on Lake Erie.
The Port of Monroe was responsible for more than $96 million in economic activity in 2017, a recent report states.

The Great Lakes Seaway Partnership released “Economic Impacts of the Port of Monroe,” a report documenting the contributions the port has made on shipping, the City of Monroe and Great Lakes region.

According to the study, the port and maritime commerce supported 1,659 jobs and $121.1 million in personal income and local consumption expenditures. Additionally, it was responsible for $38.5 million in federal and state tax revenue.

“The Port of Monroe represents the closest convergence of major freight assets anywhere in the region with deepdraft frontage on the River Raisin, direct rail Class 1 rail access, and immediate access to I-75,” said Paul C. LaMarre III, port director. “As Michigan’s only port on Lake Erie, the Port of Monroe serves as the gateway to the State of Michigan’s far reaching multimodal transportation network and this report highlights the significant economic impact that the ‘Biggest Little Port’ has on our region.”

LaMarre said the report is evidence that multimodal commerce is vital to the economic prosperity of our region.
“At the Port of Monroe, we proudly support the mariner and Great Lakes region,” he said.
Of those more than 1,600 jobs, 751 were directly generated by marine cargo and vessel activity at the marine terminals, the report said.
By the numbers

Economic impacts of the Port of Monroe:

As a result of the local and regional purchases by those individuals holding the direct jobs, an additional 574 induced jobs were supported in the regional economy.
More than 330 indirect jobs were supported by $39.7 million of regional purchases by businesses supplying services at the marine terminals at the port.
“In 2017, the direct business revenue received by the firms directly dependent upon the cargo handled at the port was $28.3 million,” the report said. “These firms provide maritime services and inland transportation services for the cargo handled at the marine terminals and the vessels calling at the terminals.”
Throughout the state, maritime commerce generated $4.1 billion in economic activity in 2017 along supporting more than 25,000 jobs, the report said.
During the year, about 59 million metric tons of cargo was handled at the ports. Of that, 1,782,479.77 metric tons came through the Port of Monroe.
“The study reflects the important contributions Port of Monroe provides to the Great Lakes-St. Lawrence Region,” said Steven A. Fisher, Executive Director of the American Great Lakes Ports Association. “The jobs supported by the maritime industry include not only those located directly on the waterfront — shipyard workers, stevedores, vessel operators, terminal employees, truck drivers and marine pilots — but also grain farmers, construction workers, miners and steelworkers. Many of these jobs would vanish if not for a dynamic maritime industry.”
In the United States and Canada, maritime commerce supported nearly 240,000 jobs and generated $35 billion in economic activity.

“This report validates what we’ve long known — that the Great Lakes-St. Lawrence Seaway is crucial to the U.S. economy,” said Craig H. Middlebook, Deputy Administrator of the U.S. Saint Lawrence Seaway Development Corporation “This binational waterway not only provides a multitude of well-paying jobs — on land and at sea — it offers a cost-effective, safe and fuel-efficient means of moving goods to and from domestic and global markets.”

The Great Lakes- St. Lawrence Seaway (comprised of the five Great Lakes — Superior, Michigan, Huron, Erie and Ontario — their connecting channels and the St. Lawrence River) is the industrial and agricultural heartland of the U.S. and Canada, with a combined Gross Domestic Product 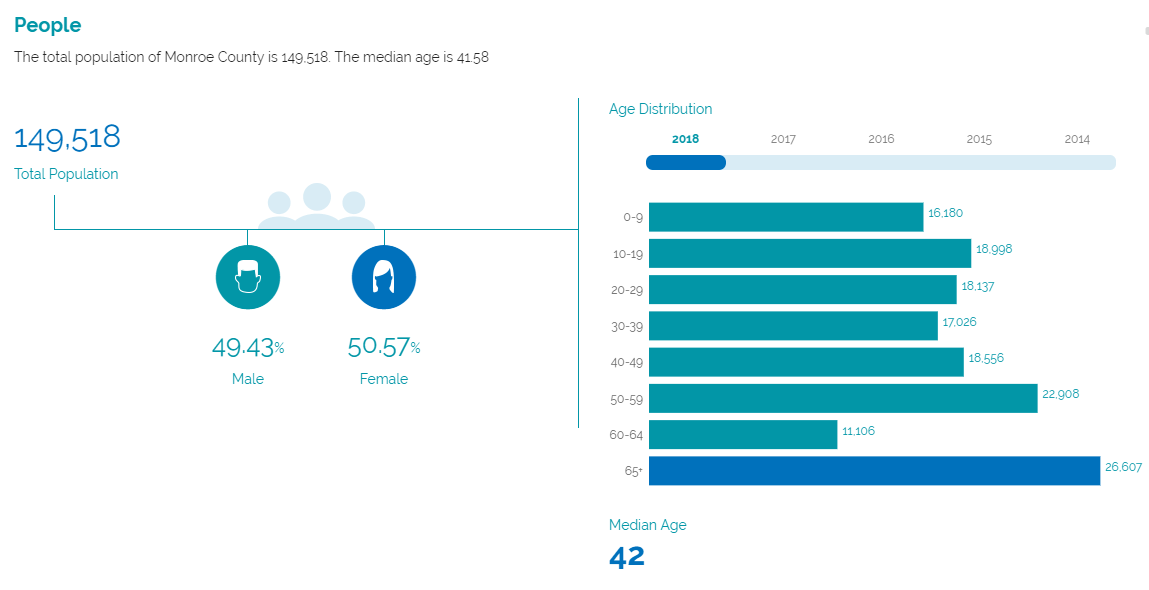 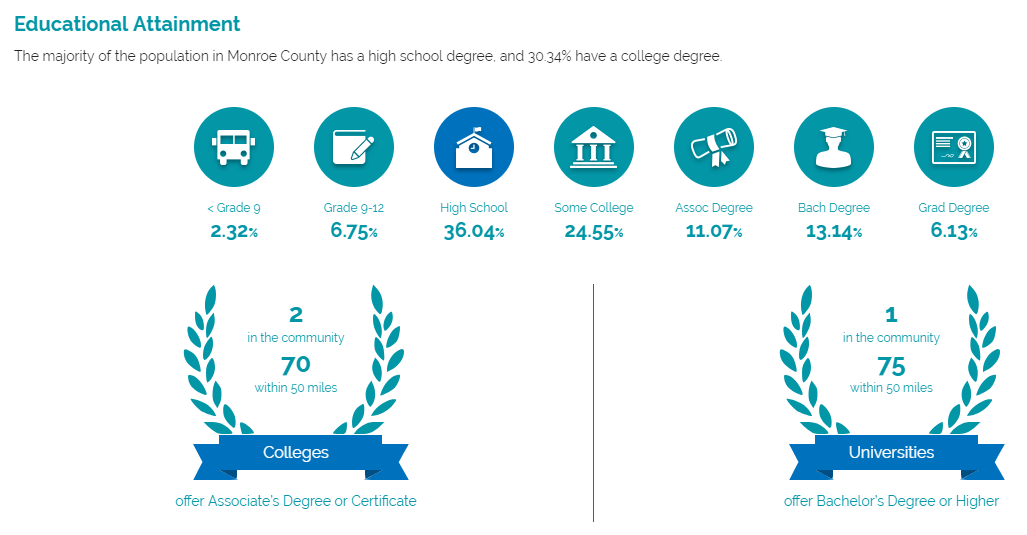 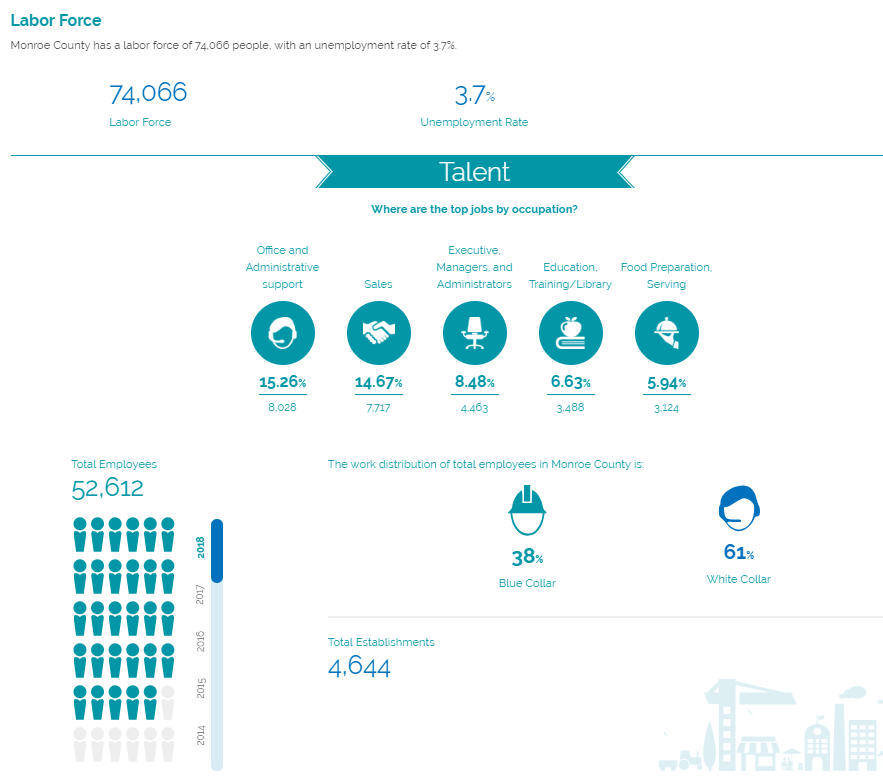 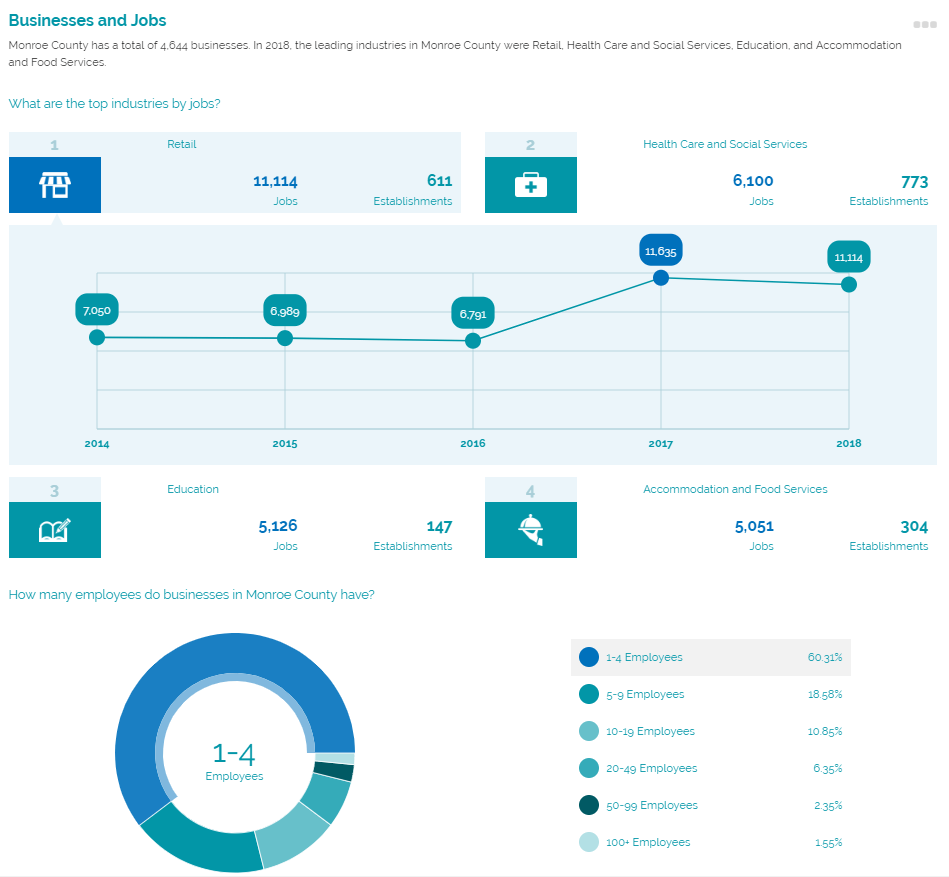 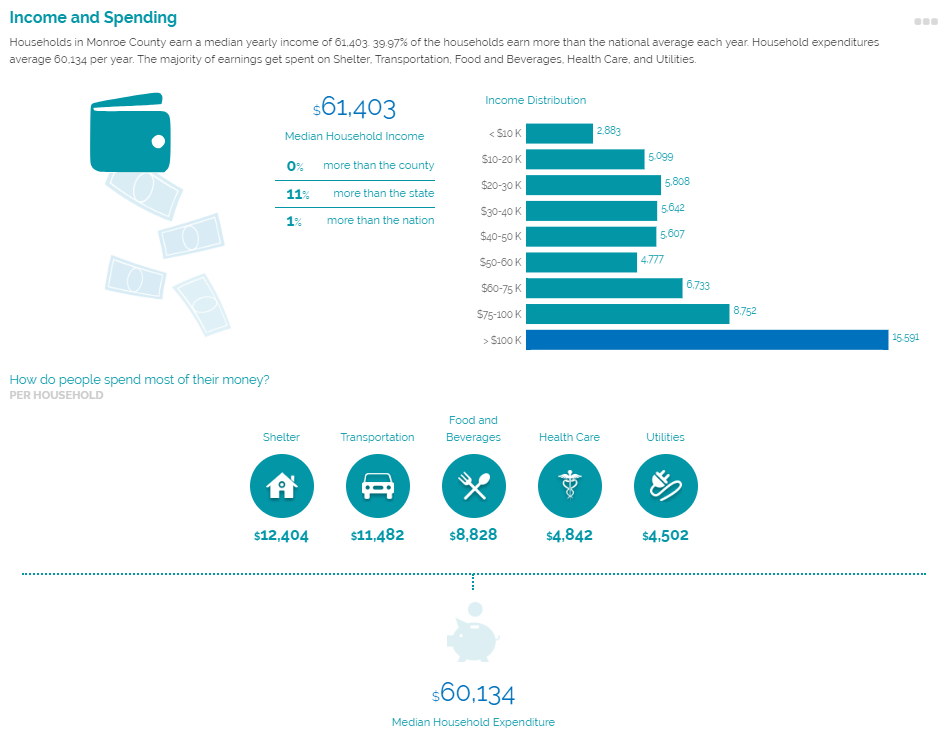 Industries in this subsector refine ferrous and nonferrous metals from ore, pig or scrap, using electrometallurgical and other process metallurgical techniques. Learn more

Industries in this subsector create end products that apply mechanical force through the application of gears and levers to perform work. Learn more

Industries in this subsector produce equipment for transporting people and goods, and utilize production processes like those of other machinery manufacturing establishments. Learn more

Industries in this subsector transform metal into intermediate or end products, other than machinery, computers and electronics, and metal furniture, or treat metals and metal formed products fabricated elsewhere. Learn more 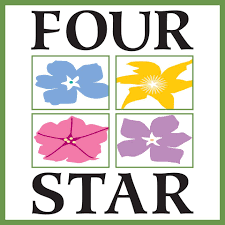 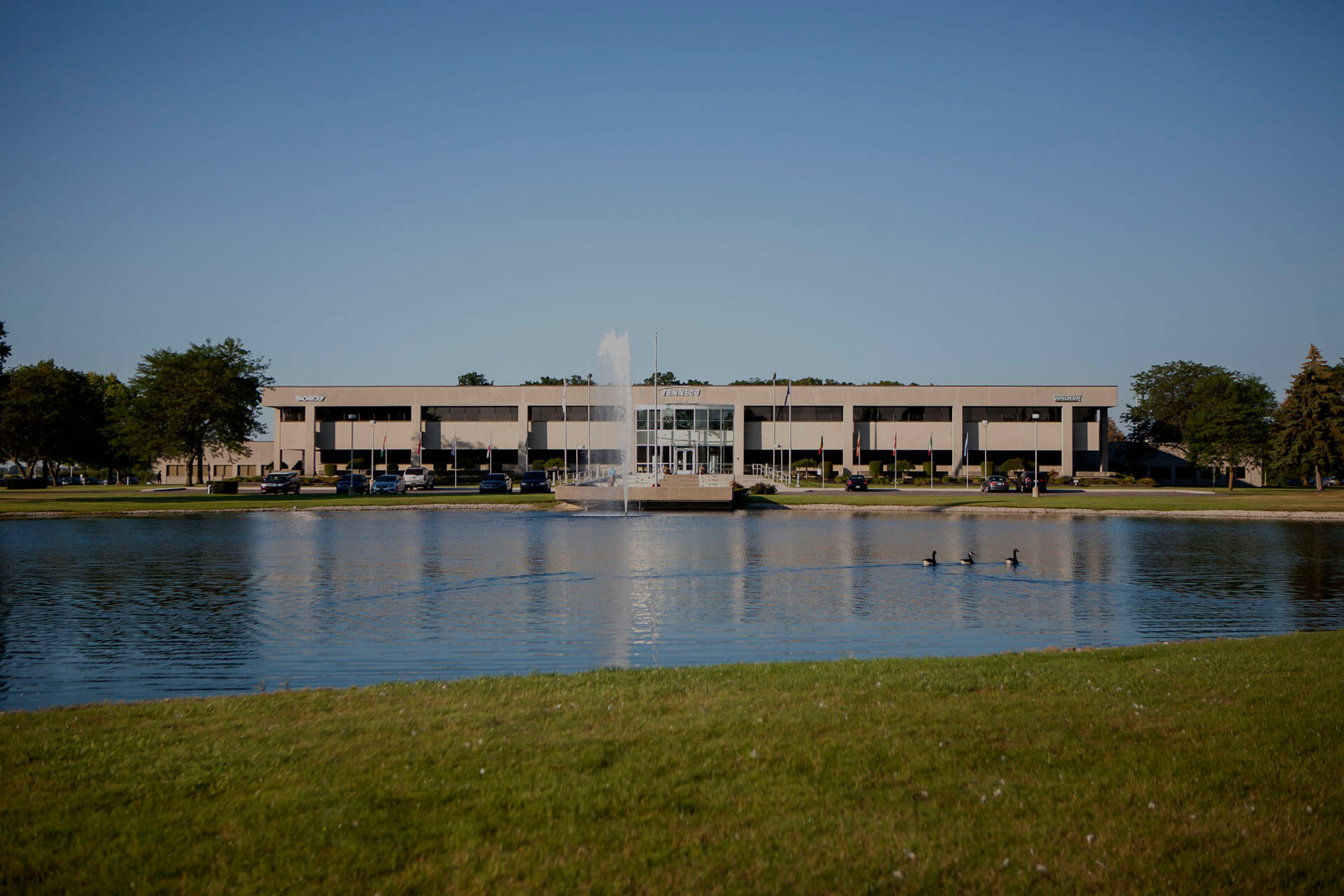 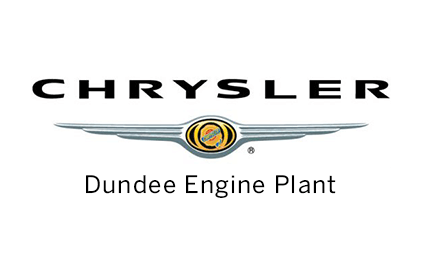 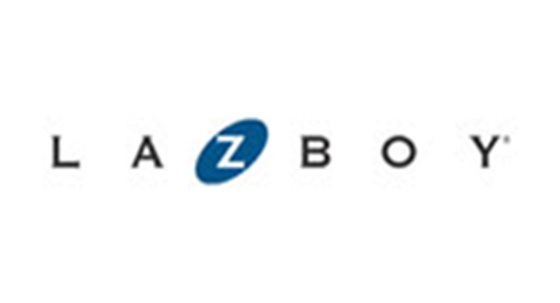 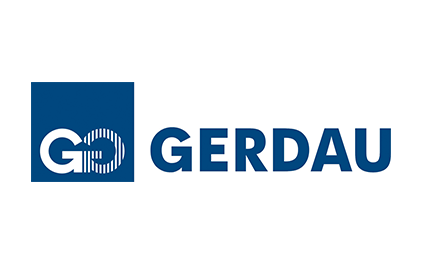 Find out more information about our new seed funding opportunity

A new life for a well traveled area in Monroe County

Find out what properties are available in the Monroe County area